"I feel that my son remains kidnapped," said Marisol Francolini, as she analyzed the criminal process that the former President of the Board of Directors of Caja de Ahorros, Riccardo Francolini, is being subjected to. 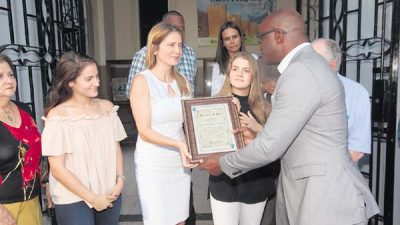 "I feel that my son remains kidnapped," said Marisol Francolini, as she analyzed the criminal process that the former President of the Board of Directors of Caja de Ahorros, Riccardo Francolini, is being subjected to.

Mrs. Francolini, during the sermon praying for the health and the release of her son and that of Jayson Pastor and Gustavo Perez, said that there are no proofs against Riccardo Francolini and, despite this, he remains under arrest.

She also regretted that these almost three months of preventive detention of her son has been a very difficult time for her and for the rest of her family, especially during these special dates away from her son. 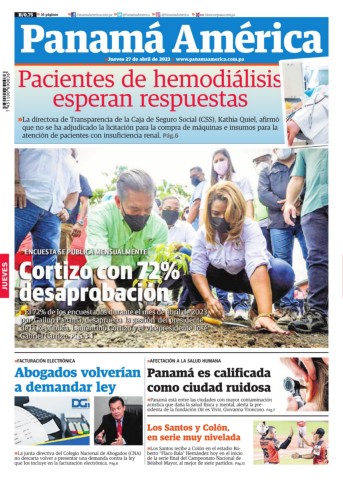 Riccardo Francolini spent Mother´s Day, Christmas and his birthday detained in a preventive cell of the National Police.

Francolini broke the silence, and in a letter to which Panama America had access, said he is being subject of a capricious detention orchestrated by a "democracy where hatred and ego have replaced love and humility".

"Today those who keep me capriciously detained must look themselves in my mirror, but they have an advantage: I'm not a man poisoned by grudge and resentment. “Life will make them pay for their abuses", argued Francolini.

His wife, Francolini Iraida, made reference to the fact that more than 60 days has passed, and a release on bail has not yet been resolved.

The said bail in favor of Mr. Francolini has been filed before the Second Higher Court of Justice there, but so far the argument given is that there is no reporting judge.

Public figures of the political spheres attended the sermon, such as Mayor of San Miguelito, Gerald Cumberbach, who declared him meritorious son of the district. At the sermon also attended leading evangelical leaders such as Manuel Ruiz.

Deputy Carlos Afú said that what happened against Francolini, Pastor and Perez "is something unusual that I never thought would happen", at the time that he noted that "there is an atmosphere of terror in Panama".